How To Change Siri Voice In iPhone 🔥

The default voice on Siri on iPhone will be female. Most people like the default female voice of Siri. However, some people prefer to change it to a male voice.

1. From your iPhone’s home screen, tap “Settings” and then select “General“.If you wish to change to a male voice, you can follow the steps given below:

3. Under ” Siri“, you have the option to change the Gender.

It is easy to change Siri’s voice on the iPhone. On most devices, it will be in a female voice.

If you do not like it, you can change the voice of Siri on your iPhone.

In the United States with an ‌iPhone‌ set to the English language, you can choose from an American, Australian, or British accent in either a male or a female voice.

If you use ‌Siri‌ on a Mac, you can also change the voice there. Just open up System Preferences, choose the ‌Siri‌ option, and use the dropdown menu under “‌Siri‌ Voice” to choose something new.

Change Siri Voice On your Mac

If you have a Mac with macOS Sierra or later, go to Apple () menu > System Preferences, then click Siri. From here, you can choose the following: 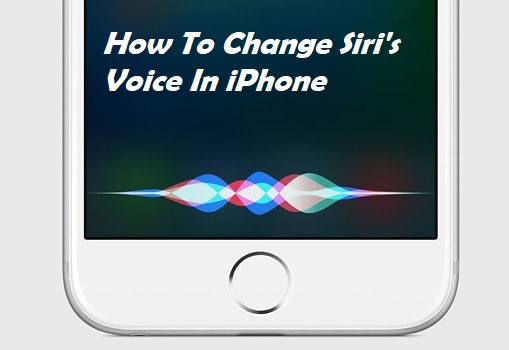 Recoverit Review: Best Data Recovery Software in 2023
Top Best URL Shorteners to Use In 2023
15 Websites to Download Movies for Free in 2023
5 Best Non-Chinese VPN Apps for Android in 2023
How to Increase Torrent Speed Easily in 2023?

Recoverit Review: Best Data Recovery Software in 2023
Top Best URL Shorteners to Use In 2023
15 Websites to Download Movies for Free in 2023
5 Best Non-Chinese VPN Apps for Android in 2023
How to Increase Torrent Speed Easily in 2023?