A huge multiplayer browser game, Slither.io was launched in March 2016 by Steve Howse. This game is primarily about growing the longest snake on the server. Snake is one of the best games like slither.io.

Slither.io has been a big hit almost everywhere in the world. If you’re tired of playing this game and are looking for alternatives, this article is for you.

Let’s have a look at the best games like Slither.io.

One of the most famous fun games like Slither.io is Agar.io. It has been downloaded more than a hundred million times.

Instead of playing as a snake, players are represented by dots. The goal is to consume balls to grow (with more size, the movement speed decreases).

SuperSnake.io can be described as a combination of Agar.io and Slither.io; it is ranked 2nd in the list of Slither.io like games.

While the primary objective of the game is to consume objects scattered around the board to grow, the game also gives you numerous power-ups like shields and the ability to become invincible.

Geometric game with minimal graphics and a dark background inspired by Slither.io. Similar to that game, where your character is a triangle and your objective is the same as it was for Slither.io.

There is only one difference: instead of growing, the dots are consumed to climb leaderboards. The game gives you a gun you can use against other players.

In contrast to similar games, this is a full-on copy of Slither.io.

Unlike Slither.IO, this game runs much smoother, has a chat feature that isn’t accessible in all similar games, and gives you the option to zoom the map.

The name suggests that this is a game about shooting all the enemy tanks to stay out of the enemy line of fire.

For the strongest enemies, you have different upgrades. Despite the game’s slight differences, it merits being included in the list of Slither.io inspired games.

Mitos.is is a streamlined and upgraded version of Agar.io, with several game modes to keep you entertained, such as Slither.io.

In this game, you are a cell that seeks to grow and eat its opponents. You can split and create clones as well as eject mass, which gives you several different abilities to use against your opponents.

You can also upgrade your character with potions, armor, and much more.

There are several fun games like Slither.io, but this is the only one with a different mechanism.

This game starts with a block. The objective is to get the maximum area by moving around the free spaces, a snake-like line goes out to take over these spaces, but if your block is collided with by an enemy snake, you lose.

It sounds like any Slither.io alternative, but it’s challenging because of the fast movement.

This game is similar to Snake, and the goal is to avoid crashing. As your line moves, it becomes longer and faster. There are no objectives to overcome; the objective is to survive.

Also, you have to avoid colliding with other players on the map, similar to games like Slither.io.

In my list of games similar to Slither.io, Osmos HD stands out as the only single-player game, yet its highly sophisticated gameplay convinced me to add it.

This game lets you play as a cell that moves by propelling molecules. You must be careful when propelling so you don’t become small and fragile and end up consumed by bigger cells.

In addition to the gameplay in which you balance speed and size, the game has phenomenal graphics that make it one of the best games like Slither.io.

You can now play famous meme faces in a Slither.io-style game.

With this game, you play with one of the famous meme faces and consume food to grow.

This game is similar to all other snake games, but it’s more difficult, you’re expected to stay away from the bigger faces otherwise you’ll be eaten.

Let us know if you can add a few more to this list. 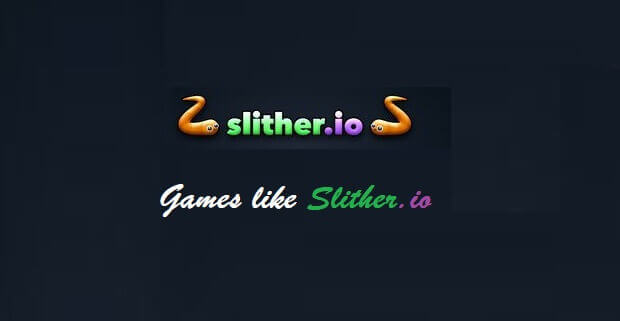